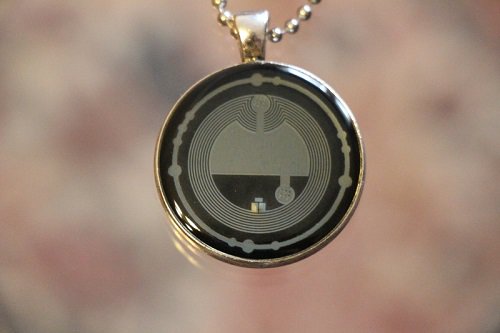 When placing an order at a club price, indicate the number of your club card!

To switch modes, you need:

Each noopendant with programs is available as NOOCANAL. Connection and management is also carried out in the Personal account

Comments and explanations on the work of the “Armor” noopendant: it is important that any permanent protection also interferes with harmonious interaction with space, blocks the positive and necessary exchange of energy and information of the operator with the outside world. Noopendant's protective programs do not operate constantly, but are activated as needed, one or another package, starting from the minimum level and ending with the maximum at a high level of danger. By “necessity” is meant the type of impact that can occur at the level of matter, firmware, or exclusively at the software level. Most often, this or that impact is not standard, any impact is unique and occurs at different levels simultaneously, therefore, most often several protective packages are activated simultaneously.

Another feature of the “Armor” protective complex is that, simultaneously with the protective packages, the warning and signaling system is triggered, that is, the operator always learns about the upcoming, even the most hidden and disguised attack, and has the ability to mobilize his own protective resources by combining them with software capabilities noopendant.

1. A package of basic programs (Questions and Discussion)

2. A package of specialized programs:

Some specialized protective programs, the most necessary and unique:

Protective package "Changing clock frequencies". When the program is running, the warning system is first turned on, that is, the operator is given the opportunity to notice and eliminate the impact on his own, but certain “improved” conditions are created compared to the source of exposure. This stage is usually perceived as heightened awareness and intuition, a sense of "diving in depth" and perception of reality, as in slow motion. At the energy level, something like this happens: the negative impulse directed at the operator slows down when approaching the outer sphere, it can practically stop, and certain “alarm signals” are given to the operator.

The protection package "Frequency protection" works on the principle of temporary departure from the channel on which the impact occurs. The most natural, simple, easy and beautiful way, but it does not always work. That is, any impact occurs at certain frequencies, and if the program notices an impact at a certain frequency level, then the operator temporarily switches to another range and the impact simply passes by.

Protective package "Stealth". Any influence is possible only through certain areas of rarefaction (in the biofield, consciousness, integral field...). Usually, for “guiding” negative impacts, they use some data about the operator, which allows you to direct the impact to the desired weak point. At this stage, the program works by replacing some data (usually through an informational copy) in such a way that the impact "loses orientation". The operator is almost not felt. The package includes specialized programs to protect the main energy nodes, including the "invisibility cap" and "life axis" programs - specialized protection against attacks aimed at the operator's brain and spinal cord.

Protective package "Shield". The package works by compacting the areas that are supposed to be affected. It is perceived by the operator as a feeling of readiness, an increase in the level of energy, elements of psychological studies may occur.

Protective package "Jump". It is activated only in the most serious cases, for example, when there is an immediate threat to the life and health of the operator. A jump is made to another option line, for the operator this is the most energy-consuming option, but it works almost 100%. It can be perceived by the operator as a fast, most often uncontrolled event stream. May cause some other programs to temporarily shut down.

Protective set of access to information channels. The package includes both universal protection against reading information and copy protection, that is, it stops attempts to recreate an information copy in order to make further changes to it, directly at the program level.

Infovirus protection package "Software Immunity". One of the most important packages due to the widespread prevalence of infoviruses in the modern world.

Protective package "Social marker". Protection from the impact that occurs from levels where one program controls a group of people at once. Such impacts occur according to specialized universal markers and are directed not at a specific person, but at a group of people. Basically, these are generic, national, professional and other programs of different social levels of inclusion. The package works by temporarily blocking one or another marker, thus, the targeted impact temporarily “does not see” the operator included in this level, and excludes him from his sphere of influence.

The security package "Grey camouflage" works with the information copy and is aimed at protecting from the operator himself. Sometimes, with his thoughts and actions, a person interferes in areas in which there are strict laws or “information rules of conduct”. Without knowing these laws, the operator runs the risk of getting at least a "click on the nose" up to serious negative consequences. Usually such situations happen to creative, enterprising, fearless, independently thinking people, individualists who stand out from the system, and sometimes it is easier for the system to eliminate one element than to rebuild the system itself for it. Protective programs, of course, cannot completely neutralize such powerful effects (this is not necessary, because these laws also exist for a reason), but they can significantly smooth them out by masking some “exceptional” data under “ordinary” ones. The packet successfully fires several times for one area, but with further repetitions, the degree of such protection is significantly lost.

Power outage protection. Turning off the power supply of one or another software package necessary for the operator is one of the most inconspicuous and sophisticated ways of negative impact. Most often, the consequences of such attacks are felt as a feeling of apathy, fatigue, melancholy, a feeling of insecurity. It is practically undetectable on its own, because the built-in defense mechanisms of the firmware - the built-in protection of the subconscious - in this case are not exposed to a direct immediate threat. The package uses some 4D level II features.

Protection set from breaking and making changes to the firmware is protection directly from attempts to reprogram the operator's automation (“zombie”, etc.).

The "Anti-parasite" protective package protects against connecting third-party structures to the operator in order to connect to the operator's power supply.

The formation of such a structural part of the GEIF as a domain became possible due to a huge array of statistical material of the information component of natural natural processes and their correlation, such as: plant growth and development, water flow, changes in geomagnetic activity, information component of some aspects of human life, including social, observation of processes in the Earth's ionosphere and much more.