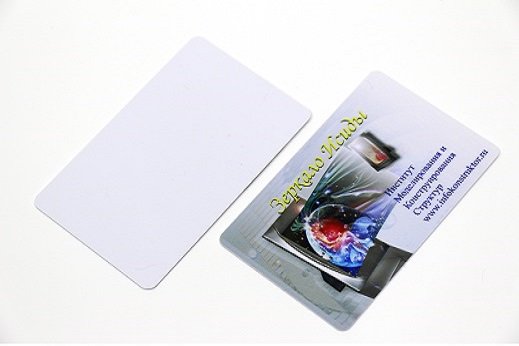 Operates on the basis of the reversal of the wave front as a spotter distortion of the spatial-temporal structure of the person.

When a person looks in the mirror, between it and the mirror appears invisiblehologramthat shows his internal, inherent, perfect structure.

The hologram becomes the perfect tuning fork, which adjusts the man and restores his integrity.

Because man is not only a feature, but temporary (once born and will still live), it also restores the integrity of the temporal relations. Appears the possibility of correction and control temporal processes rather than following a predetermined life line.

It is possible to escape from the predetermination of such notions as fate or karma. And you can go into the past at the ancestral roots and to restore them.
Seen an improvement in the biological tissue of the brain. It is noticeable a slight lifting effect when using the mirror. Own face starting to like much better.

Begin to awaken and filled with the true desires, i.e., desires that reflect the true self of the person, not imposed by the external environment.
To see the effect of the mirror and using devices, such as camera gas discharge visualization running on the Kirlian effect.

The figure shows the human aura to use mirrors, and after 40 minutes. Seen significant improvement in the quality of the aura disappear many gaps and increases the brightness.

How the mirror works?
We are accustomed that time always goes forward. However, for wave motions, the situation is qualitatively different: light waves can be "pay in time"and get them to spread before traversing a trajectory "back"
B. Y. zel'DOVICH, V. V. SHKUNOV

The mirror is the source of accumulation of biomass, generation time, are able to material objectification.

The physical materialization of the image created in the Mirror is as follows. In the mirror of reality is formed holographic image formed on bioplasmic characteristics of the object, creating it the generation time of the plasma and filling the specified "image" the range of energies that are needed to create the desired focus in life.

It focuses the light beam of the life of man to the point reference beam of light the trunk of the tree of life, while promoting the restoration of relationships energetic structures with the roots of the tree of life, by initiating a regime of superconductivity. That in reality looks like a change in appearance – perceived illusion becomes reality and reality is much greater than the illusion of its positive qualities, i.e. the mirror is not only a transformer but a corrector.

The mirror provides the impact on the time by turning the individual cell mechanism is reversed, i.e. time stop at the level of "eternal spring". Include mechanisms of rejuvenation of the structure of the body, restores the elasticity of the structure of bio-tissue sheath of the physical body, increases its protective function.

With a Mirror you can walk into the past, into the future for the purpose of modifying and implementing the event plan is the key which opens a new crucial events that affect the life of the object.

The mirror, in this case, plays the role of an amplifier of the "strength" that increases the capabilities of the object.

To the materialization of the desired included driver time of fulfillment that is necessary to generate plasma of love, fantasy of obviousness and intent of the object. You must create and save the desired state by acting on time and not subject to the control of time.

Imagine the athlete who stands on the tower preparing to jump into the water. A short run-up, flight... but due to a small technical error, the body enters the water at the wrong angle, causing the fountain of splashes and waves diverging from the crash site. It would be great to turn back time to fix the bug and get a high score. All of the spray flock, the waves run back to the place of falling water, "giving birth from the sea foam", throws the slim body right to the tower and the surface of the water instantly freezes in the pristine surface.

Alas! Although this picture is quite common to see in films or on TV, turned in time during the process and is contrary to our everyday experience and the second law of thermodynamics (which States that the system tends towards maximum entropy).

A similar picture is nevertheless quite real. This is possible thanks to the remarkable property of reversibility of the stroke of light rays, which is known in optics for a very long time.

For any beam with an arbitrary structure of rays there is a "time-reversed" beam whose rays are on the same trajectories, but in the opposite direction, as if a film played backwards.

Success in treatment of wave motion due to the extreme simplification of the situation: quantum-mechanical and the thermal motion of atoms and electrons, which re-emit and refract light, to draw not necessarily.

For practical purposes it is enough to draw the time course of macroscopic parameters describing the average motion of a large number of particles.

From the existence of inverted beams important consequences. The property of reversibility means that you can create a "antioncogenic" beam, which becomes ideal after passing through heterogeneities in the opposite direction.

Stochastic distribution of spatial temporal characteristics of the object undergoes a change under the influence of inhomogeneities of time. Zonal synthesis distinguishes two subsystems: the pumping subsystem, and the subsystem change.

In order to correct the time on film reflections superimposed structure of the interaction time, which unites all the observable characteristics of time. The action is detailed and magnified, complicated.

The result played all possible scenarios and selects the mini-maxey, focused on the speedy implementation of the project. Moreover, an automatic sequence of tenses.