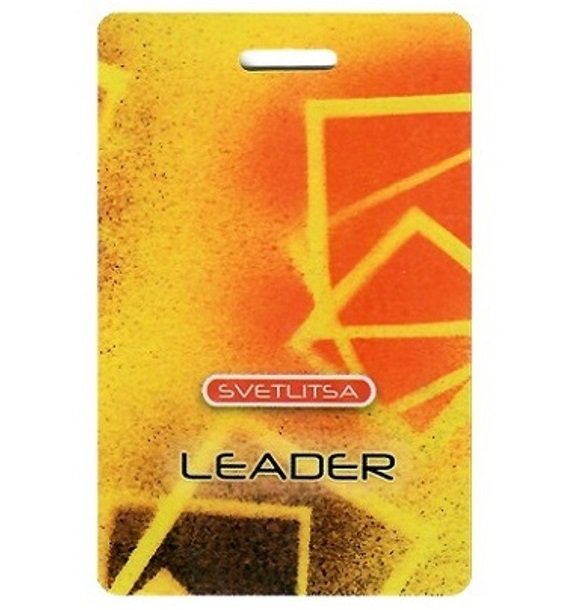 There is a lot of literature and training on the development of the qualities of a leader. Discusses various quality and provides guidance on how to develop them.Svetlitsa Leader– a tool that allows you to develop leadership skillswith less timeandmore efficient. Consider what leadership qualities are likely to worsen from the use of a Chamber Leader, and why it is possible. Naturally, we cannot cover all the possible qualities of a leader and consider the main.

Svetlitsa Leader promotes the growth of the following personal qualities necessary for the leader:
COMPETENCE
- SELF-CONFIDENCE
- COURAGE AND BRAVERY
VERA
- THE ABILITY TO BUILD A TEAM
- THE ABILITY TO INSPIRE
- VISION
- FLEXIBILITY OF BEHAVIOR AND SENSITIVITY TO THE SITUATION
- WILLINGNESS TO SUPPORT IN DIFFICULT TIMES
- Good COMMUNICATION skills

The impression that a leader can be easy if it is easy to learn. That is, we can perform some formal rules and become the leader. However, a true Leader is one who is in front and followed by others. And it concerns not only production activities, but social and family. In any relationship someone is the leader and someone a follower.

DeviceSvetlitsa – The Leaderwill help to develop leadership skills informally, through the development of Light characteristics. The leader can go where others will not. They do not even go, because I think it is impossible (wasted, useless). Can not go, if you do not see the goal. Therefore, the Leader is a master of movement. It creates conditions for other forms of purpose that sets the direction and serves as an example. That is, the Leader is the emitter illuminates an idea, a dream can inspire others. Therefore, the Leader needs to have the appropriate light characteristics. Svetlitsa – the Leader helps to change the user for this quality of Light.

Increase the power of the glow.That is, the Leader needs to be brighter. If he lives an interesting, rich life, his light can be perceived with a liquid crystal other people, then there will be interaction of information through light, bypassing the verbal channel. The light is the owner of the Room Leader will facilitate the scrubbing of the structures of the liquid crystal of others that will ensure their expertise. The Leader will have the opportunity to share qualities through the Light, and this new level of competence and more confidence. That is the Light to which people are drawn. Increases the attractiveness and charisma of the Leader.

The growth of the dimensionality of the world (complexity). Each person has their illumination. This Light has its own characteristics – brightness, fractality, area, frequency, etc. a Leader should have such characteristics of light, which couldto unite the people with whom he interacts, in one, in command. That is to have universal light compared to others.

As an example, consider the arithmetic addition operation with fractions. Assume characteristics of the glow one person can be expressed by the fraction 1/5, and 1/7 of the other (as part of something more whole). Then they will have a common denominator of 35, much higher than and 5 and 7. Similarly, the Leader memotrie characteristics of the glow should be universal, compared to other members of the team. Only in this case it can be a unifying principle.

Svetlitsa Leader allows the owner to gradually change the characteristics of their emission in the direction of universality, which creates conditions for creativity.
Multidimensionality of Leader gives him the ability to receive and process information not only from the past but from the future, developing a vision, flexibility of behavior, and sensitivity to the situation. The multidimensional universal light of the Leader allows him to easily motivate the team to meet new challenges. The Leader appears more faith in themselves and in their case, based on a multidimensional vision of the situation and the ability to combine different looks to new goals, new solutions, new opportunities.

The emergence of vitall-creative beginning the owner of the Chamber allows the Leader to form a living time in the structure of the liquid crystal to the user. This time fills it with a new quality of creativity as the ability to create life. This ability to create living systems begins to manifest in all Affairs of man. Ordinary non-living systems have the feature of decreasing reliability as the number of elements of the system. Living systems have additional communications through svetovnem increase the reliability when increasing number of elements of the system, promoting solidarity and mutual support between the parts of living systems.

User Chamber the Leader involved in the creation or maintenance of non-living systems, will give it a bit of life and increase reliability of the system, and the quality of its functioning.
In such a living system, as a team, the Room Leader will be able by its light to support colleagues in difficult times, enhancing the power of the spirit, will find the right words. His sociability will increase as he will be born alive word, the right moment, and is able to unite and strengthen people.

New live connections form a network, which is beginning to help leaders in the new challenges that open up before the Leader. His Light reveals the area of the inaction of the individual that was previously unavailable. This area becomes activated and moves into the zone of action, uncover personal potential of a Leader, which he did not mean and did not think. The activity is so that the Leader begins to playfully interact, while having a certain wisdom, awakened in him and tells about the right decision. Easily constructed simulation model, appearing in unexpected transformations of reality and the materialization of dreams.

Action Leader unites the actions included in the network as a symbiotic relationship. The symbiosis of action reveals the ability and potential-time personality without limiting the field of action. The simulation model reveals and builds a new model, more advanced and unpredictable. The unpredictability is that it is impossible to catch up and overtake. Therefore, you receive know-how and the player becomes the personality of the Leader. Live light when networked together, provide the formation of stable groups (teams), creating team spirit. Such teams are able to solve problems that are inaccessible to one person, which creates preconditions to increase the effectiveness of the team (company, family, social groups).

Note that each person has their path and a guiding star. . The paradox is that the path of the leader based on the substitution of the guiding star of the way of driving. This substitution implies a high degree of responsibility Leader of an informal approach to the formation of his ways and behavior. At the same time scales the layered structure of reality and projected a new mode of management. Implemented new creativity as the ability to control the new world of destiny. Super opportunity open as a stream of understanding their goals and objectives.

A natural question arises – if in one group there will be several users of a Chamber Leader, whether it will lead to competition and rivalry between them?
Of course not. No competition will not. Each person has their strengths.

Each is in some way a leader. The use of a Chamber – Leader will reinforce these strengths and create opportunities for complementarity and mutually reinforcing. Increase the ability to find additional compromises that do not weaken anyone, and lead to win all. That is leadership qualities will manifest themselves in generating ideas, additional motivation, the success of self-realization. Internal rivalries in the group only reduced from the use of a Chamber – the Leader of all members of the group.

Discussion series 108 on the forum