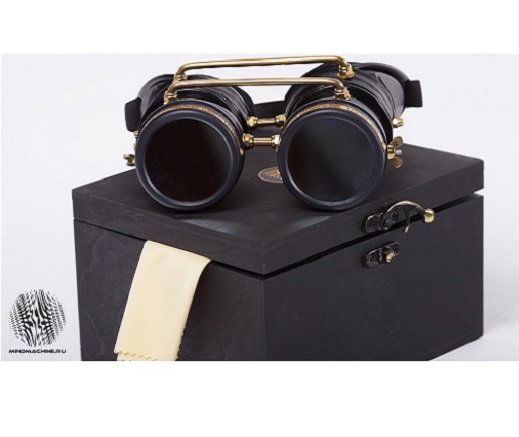 The principle of operation of Prana Vision glasses

Spectrum adjustment can be done in two ways:
1. After loosening the screws on the side of the eyepieces, rotate the eyepieces of the glasses using the handles.
2. Having fixed the eyepieces in the selected position, make small head movements in the up and down direction.

The ability to adjust the spectrum, as well as the distance of the filters from the eye in the Stalker model, provides the following advantages:

The visual apparatus - one of the most developed perceptual organs in modern man, has an effective adaptation mechanism that interferes with the process of teaching the vision of subtle energies. For example, moving from light to a dark room, at first the eye will not distinguish objects, but after a few seconds the visual apparatus will adapt and the usual objects of the material world will become visible.

The ability to adjust (change) the spectrum does not allow the eye to get used to (adapt) and focus on the usual objects of the material world in the conditions of one spectrum, which significantly increases the efficiency of teaching the vision of subtle energies.

Walter John Kilner, the inventor of screens for aura vision, as well as his numerous followers, experimented with staining glasses with various chemicals, each of which had its own effectiveness in training, and also gave a better perception of a particular layer of aura or the phenomenon of the subtle world.

Of the entire variety, experimentally selected substances such as:

- dicyanine, giving a spectrum shifted to the blue region,

- carmine, giving a spectrum shifted to the red region,

- pinacyanol, cobalt glass and others.

The ability to adjust the spectrum from blue to violet and red, while maintaining the filter bandwidth in the ultraviolet region, provides spectra of almost the entire range of dyes used to see the aura and energies of the subtle world. For example, one of the most effective dyzyanin dyes corresponds to a 90° angle of incidence of rays on the surface of the filter.
Thus, in the hands of researchers of the vision of the subtle world there is an almost unlimited range of possibilities for experiments with different layers of the aura and various phenomena of the subtle world.

Simple staining of glass with chemical dyes has its drawbacks. The fact is that the transition from bandwidth to blocking the filter cannot be 100% in areas of several nanometers. This is due to various factors ... such as the physical properties of the glass itself, changes in lighting, etc.

The rotation of the eyepieces makes it possible to correct the desired spectrum depending on the changing lighting conditions.

The closer the filter is to the eye, the greater the violation of the spectrum in the peripheral viewing area. This is due to the fact that part of the rays comes at an angle to the central axis of the gaze. In the Stalker model, this effect is minimized and it is possible to work with a "clean" spectrum by removing light filters from the eye and reducing the viewing angle.