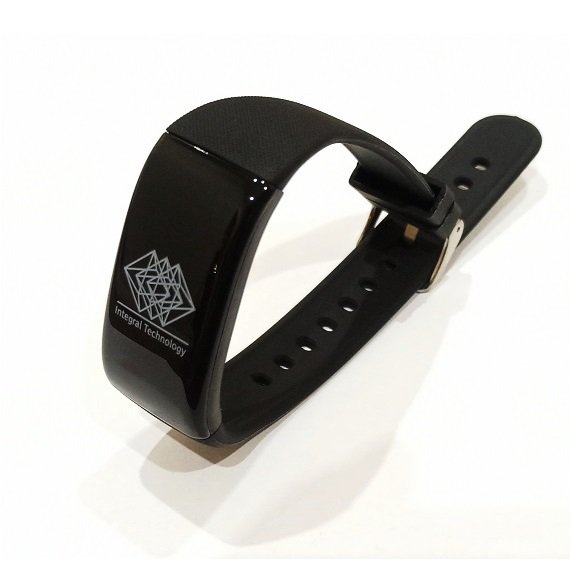 The main informational “transport route” for the operation of the noobraselets is the central energy axis of the body. It is through this highway that the two main energy flows of the body pass - upward and downward. The location of the information label in the form of a bracelet on the arm, as a peripheral highway, has its own characteristics.

Firstly, it increases the possibilities and complexity of the operation. The difficulty of operating the product on the wrist is the need for well-developed, that is, associated with the central axis, channels of the hands (the Integrity and Centering of noopendant II programs). In fact, the movement of all energies through the channel of a hand with noobracelet occurs not only in three linear dimensions, but also in multidimensional space. More on this below.

What is this multidimensional space?

Our world is also not the only one in the Earth's matrix basis; there are hidden, embedded, not observable, but really existing realities, besides the usual reality directly perceived by the sense organs. There are indirect manifestations of other realities, and one of them is ... yes, in the human hand. No wonder the open palm serves as a symbol of priests who receive knowledge from other realities.

An ordinary person does not perceive hidden realities, because his IP is within the framework of fundamental, but virtual programs of space and time. The technology of integral vibrations of noobracelet III allows the consciousness to temporarily step out of the action of the usual programs of space and time and perceive some aspects of other realities, and most importantly, integrate them into the usual physical reality.

How does this happen?

Basic programs of the III level carry out the so-called a shift that allows the energy structure of a person to unfold the qualities of multidimensionality. This does not mean that the usual physical space will shift or time will stop, although this is also possible with the qualities of mobility of the structure.

Most often, the perception of other realities occurs on the periphery of consciousness (since a complete shift is complex, time-consuming and, in principle, does not set such a goal) in the so-called “Shadow”, “gray” or borderline region of consciousness. Something similar happens in shamanistic and other trance techniques, but with a loss of perception of the usual settings.

The shift is made using the technology of integral vibrations that transmit multidimensional rhythms through the body of the volume - one of the seven body matrices (bodies capable of pulsating), as a multidimensional structure responsible for energy interactions.

Vibration technology is one way to change space. Matter in vibrational technologies is considered as one of the types of vibrations that have certain frequency characteristics in given reference points.

The human body also has 7 types of vibrations, determined by the characteristics of molecular bonds in tissues - skin vibrations, bone vibrations, brain vibrations, etc. In the human body there are temporary rhythms existing in 3-dimensional reference points, and multidimensional rhythms (timeless) existing in spaces 4D and above. In fact, all spiritual states (manifestations of the Human Spirit), trance states (changes in brain activity), superconscious states (increasing the frequency of consciousness), etc. are an alternative manifestation of multidimensional spaces that can be registered in the usual three-dimensional space.

Multidimensional vibrations are signals for the subconscious.

By applying signals of multidimensional rhythms through the crystal label of a nooblet, it is possible to correct (tune) natural, natural rhythms and reveal the hidden energy resources of the subconscious.

In your personal account, you can control the noobracelet.
Programs can be switched to one of four modes: Auto - Medium - Power - 4

Each program is available in the form of NOOCANAL. Connection and management is also carried out in your account.

DESCRIPTION OF PROGRAMS FOR NOOBRACELET:

It is difficult to speak about the Source in words, because any word, like a code or structure, was formed from the energy of the Source and in the very process of separation from the source, structuring, ceased to be it. One can only indirectly describe the cast, the imprint that a person remains after contact with the Source. The Source energy is integral, primary, from it what is called the field of meanings is born. All living material objects have a connection with the Source, which is the key to vital energy, but in the process of thinking they lose touch with the source, since each thought is taken from the source, and the energy scooped up for the energy of thought is lost in the process of thinking, or expanding the thought.

We feel the flow of the Source energy into words, thoughts, actions and matter, as a current or a process of life. From the integrity and indivisibility of the Source, we extract all subsequent electromagnetic potentials of our personality code. The noobracelet software package is aimed at free open energy exchange with the Source. This implies two extensive software terminals: scooping up the Source's energy to feed our thoughts and actions, and, even more importantly, returning the line of thought flow back to the integrity of the Source.

A product from the line for social interactions and the harmonious integration of a person engaged in self-development into society. The work of a noobracelet The player is based on the principle of game interactions and the reduction of the importance of difficult, critical moments for the operator, such as relationships, finances, searches for the meaning of existence, everyday monotony, etc. The main tendency developed when using this no-fly is not to be a pawn in social games as a Player. The product carries a pronounced antistress and antidepressant component.

The basis of game interactions is very deep and permeates not only the social, but also the inner essence of man. Game interactions are essentially mathematical matrices, or magic digital matrices that give a certain degree of freedom. And the basis of any game is the possibilities of choice.

Theoretically, all esoterically savvy people know that everything vibrates - all material objects vibrate, every cell of the body vibrates. Vibration is a specific electromagnetic rhythmic structure.

Work with vibrations is always a symbiosis of two processes: external and internal. External electromagnetic vibrations are important for the integral field of a person because this is a criterion for the reality / virtuality of an information source. It can be said that with Cymatics a person can get qualitatively different results and achievements due to inclusion in the general vibrational structure of the Earth. The product works softly and for the long term.

a full and multilateral deep true knowledge of the World;

harmonization of energy and information component;

integration into the external space, understanding and control of events, vision of causes and patterns;

operating time of integrity and fluidity (mobility) of consciousness;

staying in the Stream;

Interaction with vibrational structures with Cymatics can be considered as:

- feeling the source of vibration

- setting up the connection between the vibration source and the receiver

- the ability of the receiver to analyze incoming information

Strength is always expressed, therefore there is one who expresses it, and the point of application of force - for what it expresses. Strength is the energy potential given to every person from birth. With the help of the Force, a person is able to change the surrounding reality, as well as to know and change his nature. Strength is one of the basic conditions for development, freedom and comprehension of the potential of one’s capabilities.

But the social system is not beneficial for each person to have Strength /influence on the surrounding reality/. Social egregors, to which everyone has been connected since childhood, have effective means of depriving a person of internal strength, or his energy deenergizing: manipulation, competition, struggle, guilt and duty, vampirism, reactionary incentives, paraphernalia, and much more.

The Force noobracelet contains the keys to the three global streams of manifestation of the Force - light power, dark power and spiritual power, in the interaction and balance of these three sources. The product creates an internal balance of power, since light power has its dead ends without dark, dark - without light, light - without spiritual, etc.

A man of strength has an important difference - he is individual, since he has the strength to manifest his individuality in the world around him. Whatever was created in this world is a manifestation (expression) of Force.

Light power (Yin power, Earth power) is the power of Love, the neutralization of aggression and negative trends, the power of forgiveness and acceptance, including healing properties.

Forum discussion ---> Noobracelet. The discovery of subconscious resources
With this product buy
0