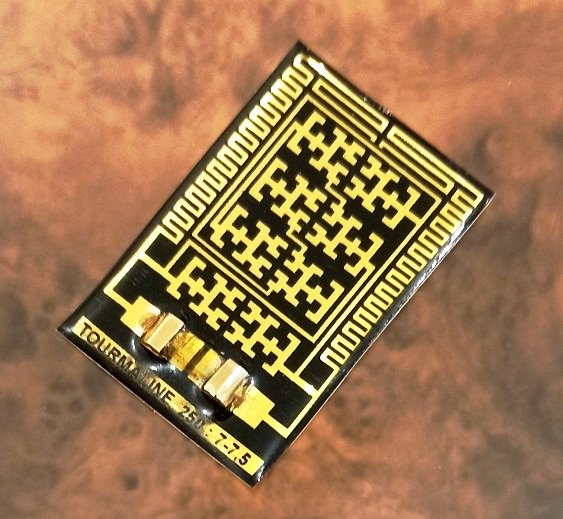 Some areas of intention, in addition to General Tourmaline code which BRM Canarytourmaline effectively works:

BRM Canarytourmaline successfully resonates with the intentions of gaining super-powers, awareness, personal growth. Gives the operator the feeling of comfort, peace, harmony, security, self-sufficiency, self-confidence. Contributes to raising energy from the lower centers and the opening of the upper centers, but this should be prepared, in particular, to have an open lower centers. Good manifests itself in the work to increase concentration, improve memory, mental abilities, and also increases the result of the energy practices. Can be used for concentration during meditation. BRM Canarytourmaline sharpens intuition and helps the operator to stand at the right time in the right place.

BRM Canarytourmaline resonates well with the desires of the awakening of dormant abilities and development of the vestigial energy of the nodes, for example, the center of the dream: put on the night under the pillow, promotes entry into a lucid dream. Successful BRM is complemented by the Amethyst, which enhances all active current challenges BRM Canarytourmaline.

Psychological effect
БРМCanarytourmaline can be called a "broom head". Has a strong cleansing action in the first place, able to transform the negative energy stuck in the past. BRM Canarytourmaline able to get rid of the regrets, anger, worries and doubts, especially works effectively with the transformation of fears. Opens clear vision, objectivity and understanding of the current situation, but this should be ready. Helps to concentrate on the Essentials.

Magical effect
May show direction of paths in energy units. Traditionally used to search for the most favorable pathways and direct information from GEIP. Promotes the preservation and accumulation of energy.

BRM Canarytourmaline life can aide in overcoming addictions (including alcohol, tobacco, drugs). Has a pronounced adaptogenic effect. Strengthens the spine and promotes the formation of the Central energy axis.