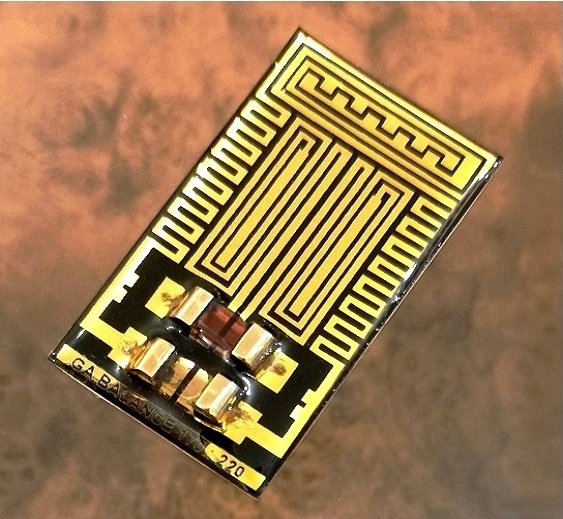 — career growth, organization and development of own business; creativity and self-realization;

— search for a sexual partner/s, fidelity, passion; inciting feelings of extinct, updating the relationship; an opening of the emotional center;

— development of public speaking skills, improving the attractiveness of the voice and words; the opening of the voice center.

— group work, the formation of energy-network;

self — development in GAIP laid intentions at the expense of program memory.

The properties of the Crystal Bridge HA

Properties and structure of the field of exchange Garnet – Amethyst is similar to the "structure of man" or what is called "human energy." Is the quality of the Bridge HA means high-quality human interaction and adaptation of his intentions for the artificial crystal of the phone. Iron ions contribute to the stability and lasting contact with the electromagnetic field of the human being, despite the high frequency.

Bridge HA works best with the collective energies, with the desire of power in any field, with creativity, self-expression and self-realization. Develops and supports independent thinking, initiative, individuality, leadership qualities. Able to increase self-esteem and willpower. The interaction of amethyst and garnet can be called "Union leaders".

In short, all those qualities which allocates one person in the crowd. It can be individuality in creative and spiritual spheres and in the spheres of organization and development of business or sports. Bridge HA effectively interacts and encourages those people who want to be led and to lead. Bridge HA choose motivated people who know what they want, or intending to become such.

Utility memory this Bridge works as a battery all the individual aspirations of the operator: a person is in the right place at the right time, can predict events, other people notice a "presence effect" at a distance, sometimes come intuitive result. When working with Crystal Bridge HA will be useful for self-observation, recording, record changes, subjective feelings, reflection.

Crystal Bridge HA successfully resonates with the desires of wealth, money as an end in itself, material possessions, particularly at the operator causing a strong emotional response.
Bridge HA effectively works with the throat chakra – the wish for a confident beautiful voice, improve voice, development of speaking abilities, enhance the attractiveness of words, getting rid of fear of public speaking. Recommended for orators, singers, actors and all involved in the occupation of public speaking.

The strength of the Bridge HA are the goal of building relationships on emotional and sexual level. Bridge HA is able to spark passion, to attract sexual partners and maintain their loyalty. The use of two Bridges HA partners in communication for a long period of time can raise passionate relationship and bring relationship to a new harmonious level.

Amethyst crystal smooths egoistic manifestations that may arise from a grenade, guiding them in the direction of rationality, consistency, wisdom, and harmony. The interaction of the qualities of amethyst and garnet is able to give a lot, but requires dedication. Great achievements are not possible lying on the couch, so when you work with Bridge HA people must be ready to action, to risk, to break patterns.

Dedication when working with the Bridge HA implies not so much physical, as emotional attachments. Angle of torsion energy of amethyst and garnet and a higher frequency can bring out the intensity of an electromagnetic field person to another, an unusual level. This means that the effective resonance with the Bridge HA the man has temporarily to take in the situation, become a fan of your own intentions and goals. The stronger the intention captures the thoughts of the operator, the more energy gives this BRM. The properties of the Crystal Bridge HA is able to increase if it was given to a loved one.

BRM Bridge Crystalline HA has a pronounced ability to feed the person required to action and achieve the goals of the energy. Be aware that a large amount of energy must be invested in the action, or else this energy will be to burn in the subtle fields of the person, causing emotional imbalance.

To activate the Bridge HA the operator must have the created purpose of use. Allocated to Bridge the energy is proportional to the energy consumption for the realization of intentions: the more complex and more global goal, the more energy will give off a Bridge HA.

Crystal Bridge HA has the ability to develop will power, determination, self-esteem.

Bridge HA promotes optimism, positive, new perspective on things. When using two Bridges HA two partners, between them are arranged a harmonious relationship, mutual understanding occurs literally without words. Bridge HA works well with the intention to remove unnecessary jealousy. When using two or more BRM Bridge HA working group (a team with a common mission) formed a coherent, unified mechanism, very effective team. Utility memory forms a single body of energy transfer, each member of such a "network", due to which the whole team works as one unit. With regular work on the alignment of possible telepathy (mind reading at a distance).

Has a stimulating effect on the Central nervous system, increases the overall resistance of the organism. Has a beneficial effect on cardiovascular activity, cleans the blood, normalizes digestion. Supports the endocrine system.

Bridge HA has the ability to stress, eliminates CFS, quickly saturate it with energy, to give courage and activity. Libido, potency, sexual activity.
Crystalline Axle HA can be used by athletes and pregnant women to replenish internal resources and payment of energy costs.

Properties broadcast Bridge Garnet – Amethyst determined by the angle of twist of energy structural components of the garnet crystal and an amethyst crystal. The angle of twist of pomegranate allows you to generate the energy and the twist angle of the amethyst determines the ability to accumulate much energy. The operator can change the type, pace and intensity of the broadcast bridge.

At tactile contact and directed attention to the amethyst crystal stream of constant type, the average intensity and slow, when touched, and the operator's attention focused on the crystal garnet, stream pulse type, powerful and fast, the shape of the cylindrical flow. If the task requires a quick resolution, it is more efficient to choose the second type of translation, if the goal of the operator of BRM require a more thorough approach, it is optimal to choose the first type.

The "language" of the matrix complex and sophisticated than the "language" of matrix structural constituent crystals of amethyst and garnet. Crystal Bridge HA puts higher demands on the correctness and clarity of the formulation of intentions. This bridge is recommended not to combine desires and to concentrate on one thing, after which we move on to the next.

Dominant perceiving the channel — verbal, the intent must be clearly stated. Adaptation intentions to crystal phone more often than not is a direct and obvious. If you compare exactamente class cubic superengine in combination with vysokochastotnogo with a man, it will be aesthetic, emotional and with good sense of humor. It is important to continue to observe the "response" of the Bridge, even when the intention has already begun to materialize or, on the contrary, the "response"is not observed for a long period of time after activation.

Crystal Bridge Garnet-Amethyst has a high frequency, the difficulty level of activation of 5. The complexity of the activation depends on the frequency of the electromagnetic fields of the person. It is recommended to go through the activation process, auto activation can be inefficient for real work.

The first "response" can appear in a few hours, and in a few days. If 5-7 days "response"does not appear, should be activated BRM again. Activation is carried out in the period II lunar phases is the most successful.