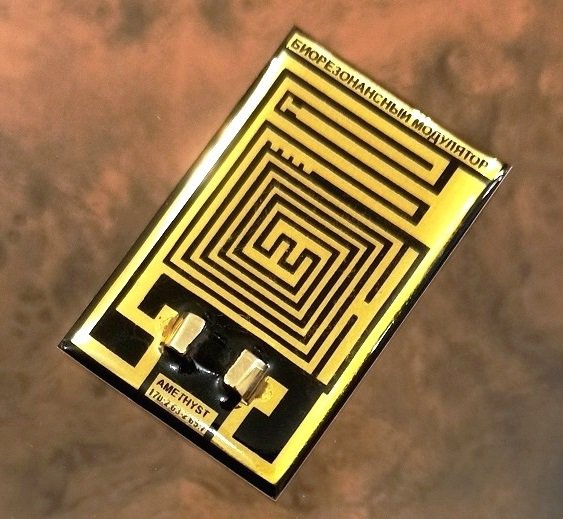 — family harmony, family well-being, conflict resolution in the family, the family of Feng Shui, finding the "second half";

— the resolution of old karmic knots;

— work with the voice and fear of public speaking, opening the throat center;

— increase clarity of thought, awareness of the current situation and the development of intuition;

Trigonal. Trigonal crystal system has three equal axes, intersecting in the same plane at an angle of 60 degrees. It is expressed by the asymmetry that creates the angle of rotation, which allows to generate energy.

BRM series Quartz Code – one of the most versatile and easily activated. The scope of BRM Quartz Code the most diverse. Quartz BRM Code have significant energy consumption.

BRM Amethyst is one of the most valuable series of Quartz Code.

Automatic activation occurs via 48-64 hours. The nature of translation – spiral, funnel. After activation, the tip of the funnel is moved into the crown. The message intention can occur directly from this centre. Dominant perceiver channel – verbal, so the installation can be not only spoken aloud, but to himself.

The first "response" of GAIP come in 24 hours and often are verbal in nature. A complete recording of the modulated signal occurs from several days to several weeks.

BRM Amethyst works effectively with the intent of increasing insight and intuition. BRM Amethyst is associated primarily with the mind and speech. Suitable emotionally excitable people impulsive emotional manifestations. Soothes, balances, harmonizes, does not say too much, gives clarity of thought.

At the same time, effectively resonates with optimism, activity, increased levels of energy. One of the most "light" types of BRM, positive organization structure is evident in it as much as possible.

Amethyst is one of the 12 crystals at the base of the "heavenly Jerusalem" described in the revelation of St. John the theologian. Still often used in jewelry of the clergy. The owner of BRM Amethyst can be a "light mage".

Strengths Amethyst BRM is working with rejuvenation, energy and vitality, inner radiance, increase functional status and to eliminate cosmetic defects of the skin.

BRM Amethyst works effectively with the throat chakra – the wish for a confident beautiful voice, improve voice, development of speaking abilities, getting rid of fear of public speaking and, of course, it is recommended to use speakers and singers.

Amethyst BRM is BRM athletes and military personnel, creates a defense against enemies and competitors, brings success, gives you confidence in themselves and their abilities, protect from injuries and wounds.

Interesting use of BRM Amethyst is a prediction and a certain influence on the weather.
BRM Amethyst belongs to the Quartz Code, the most universal of the series, all the parameters of the BRM have a maximum efficiency when working with the vibrations of pure intentions, good health (especially resurfacing), love, luck, happiness.

In psycho-emotional sphere strengths BRM has clear thinking, freedom from emotional wounds (including chronic), anxiety, worry, harmonization and alignment of the biofield, dip in higher sensory experience, the development of attention and clarity of observation, increased concentration and focus, the decision of the karmic task, inner peace and self-confidence, control emotions and influence the emotions of other people.

Physiological effect
The body of gathering of the truncated body (endocrine and ligament-tendon system). It is recommended to people involved in sports, dance, yoga, qigong and other practices, actively involving ligamentous-tendinous apparatus. BRM Amethyst can effectively relieve stress (including chronic), to remove disturbing and neurotic state, level of psycho-emotional background, to deal with insomnia. It can be used to put protection on infectious diseases.

|-1 0 0|
|0 1 0|
|0 0 One|
The logic of language crystal clear and simple. The dominant channel of perception of information – verbal. Your setting, the intention, the will must be clearly and accurately formulated.

The difficulty level of activation – 3. Activation is recommended in the evening after 16.00, when the activity of the crystal is maximum. Automatic activation occurs via 48-64 hours.