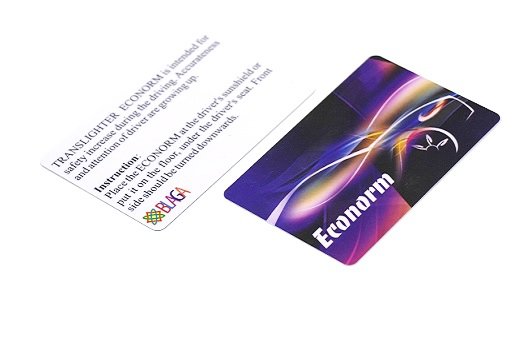 Article in the magazine "Behind the wheel"
One tablet is enough...
The Stargate of the Russian absurd
See you in the air

Device for purification of a space vehicle from the information distortion associated with different types of pathogenic influences of the environment.

Information distortion leads to the disruption of the natural information structures and their removal allows all objects to perform their functions optimally. Environmental parameters of the vehicle are significantly improved.

The device is attached on the outside bottom of the tank car or set on the floor in the cabin.

Long-term experience of operation of the device in different cities of Russia showed that the result occurs:

Comparative analysis of automobiles equipped with a device made in 7 taxi Park in Moscow showed that the financial results from the operation of the taxi device exceeded by more than 20% on other vehicles without devices in the reduction of accidents and number of repairs.

The graph shows some data taken from numerous acts of testing of the device, showing the dynamics of reducing the amount of carbon monoxide in the exhaust gases.

How does Ekonorm?
The car and the man in the canter interact with each other and can be considered asa single system. The driver constantly receives and processes vast amounts of information from other vehicles, roads, pedestrians, traffic police, etc.

And processed not only information received from the senses, but also arrays of information going through the subconscious. A good driver might be the only one who all of the action on the road is automatic and does not think about what speed to turn, what foot to press the brake, etc.

The system of perception of the driver are a variety of factors distort his analytical capabilities for assessing the traffic situation. Distorted structure of man and car. And the driver usually does not notice these distortions. For example, there are places where many accidents occur on the road, though these places are no different from the others. Straight smooth road, good visibility.

But the statistics of accidents of these places shows that the probability of accidents is much higher than in other places. In fact, in these places distorted structure of space-time. The driver, once you are in that space for a few moments can disconnect from reality and not even know it.

He at this time disturbed the exchange of information with the outside world, that is enough to cause a traffic accident. In fact, factors affecting the structure of the interactions of the person very much. It and electromagnetic fields of different nature (both natural and man-made), geopathic and technopathogenic areas, burial places, etc., etc.

Device Ekonorm influence human-machine system, removing the distortions in structural interactions and information exchange. Improve the information characteristics of the perception of the driver. It becomes more adequate to the traffic situation, less tired, less likely to make mistakes, which in turn reduces the probability of accidents.

According to preliminary estimates, the probability of the insured event is reduced30-40 %.
The car is also exempt from structural distortion. Due to this improved virtually all of its parameters.

Increases reliability, improves fuel combustion, reduces consumption by 5-15%, reduce emissions (for example, a decrease in co and CH in some cases 10-15 times).

Change the settings of the car can be fixed devices, which was done during numerous tests of the device Ekonorm.

The use of the device Ekonorm together with the device Svetlitsa-Super significantly increases its efficiency as a means of improving driving safety.