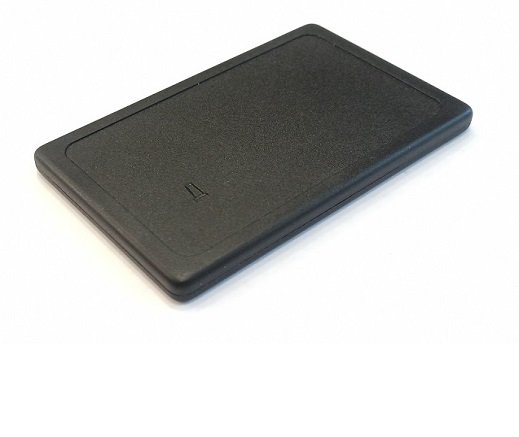 1.1. QBinder cards are devices designed to influence the likelihood of certain events.

1.2. Depending on the type of card, the method and purpose of its use by the owner, his attitude to a certain result or desire, the probabilities of events can increase, decrease or equalize (agree with each other).
Cards can be viewed as a kind of "amplifier" or "lever" to facilitate the mental efforts of the human operator to change the surrounding Reality in their own interests.

2. Design and principle of operation

2.1. QBinder cards are made in the form of a plastic case, inside which there is a filter consisting of special resonators, the number of which can vary from 1 to 3 pcs. The resonators are flooded with orgonite of the original composition, the polymerization of which took place under special conditions, under the influence of several generators (radio frequency, ultrashort pulses, parametric optical, etc.). In the process of manufacturing resonators and plates, other rather complex technological operations were also performed and a number of specific conditions and requirements for the production process were fulfilled, due to which the influence on changes in the probabilities of events is ensured.

2.2. In fact, QBinder cards work as filters that cut off probable outcomes of events that are unfavorable for their owner, or, conversely, help to increase the likelihood of favorable outcomes.

Currently, several types of resonators have been developed, which are the most interesting and in demand from the point of view of end users. They can be part of the cards in various combinations.

3.1. "З" - "Protection". Provides protection of the user from a probable unfavorable combination of circumstances that can lead to his death, injury, loss of health, freedom, etc.

3.2. Examples of the simplest situations in which this type of resonator helps:

- reducing or completely eliminating the likelihood of meeting dishonest employees of state and law enforcement agencies (for example, traffic police officers, bribe-takers, werewolves in uniform, bailiffs);
- reducing the likelihood of an unfavorable outcome of a meeting with criminal and criminal elements (thieves, robbers, swindlers, etc.);
- an increase in the chances of survival and getting the least possible injuries in accidents, man-made disasters, terrorist attacks, accidents.
This type of resonator has been tested for more than 4 years and has confirmed the effect on the indicated probabilities.

3.3. It should be understood that sometimes the probabilities of some unfavorable situations cannot be avoided. They can be guaranteed to be present and realized in some group of probable outcomes. However, in such cases, the presence of cards with resonators of the "S" type can increase the likelihood of a favorable outcome, for example:

- to avoid death, but at the same time there is a possibility of getting unpleasant injuries;
- "negotiate" in a critical situation with the police or bandits;
- to lose money, but not to lose health and life, etc.

3.4. For such unfavorable situations, protection is carried out according to the principle: "the best of the bad scenarios."

As the analysis of several dozen unfavorable situations that occurred, their participants as a result clearly realized and understood that "it could have been much worse", but for some unknown and inexplicable reasons, "the worst did not happen."

3.5. "Д" - "Money". The presence of a resonator of this type in the card increases the likelihood of receiving money, material and intangible values.

3.5.1. They can be received when concluding a lucrative contract, at a new, high-paying job and when raising salaries at an old, successful development of an existing business and organizing a new one, in the form of payment for performing one-time or regular work or services, in case of a successful marriage or meeting "useful" and The "right" people. There are a lot of options. Here are just a few examples.

3.5.2. It should not be understood that money will fall from the sky or be found. However, the likelihood of such a literal event, "help from nowhere" or from an "unknown well-wisher" increases greatly.

3.6. "У" - "Universal". Resonators of this type are a further development of the technology that was previously used in other cards.

3.6.1. Cards containing resonators of the "U" type allow you to optimize the energy of all the chakras of a person at once, to align and redistribute it in case of excess in one or more chakras, as well as to "discard" the excess through the card.

3.6.2. The card with "U" resonators increases the likelihood of rapid chakra synchronization during meditation, sports, yoga and spiritual practices.

3.6.3. When communicating and contacts with other people, the card containing resonators of the "U" type "adjusts" the likelihood of harmonizing the chakras of its owner and other people, provides an increase in the likelihood of achieving their "complementarity". As a result, the likelihood increases that the owner of the card will be perceived as “our own”, i.e. such a person who can and should be trusted, who is pleasant and interesting.

Attention! You need to know that the orgonite used in QBinder cards is of a non-standard type and is extremely sensitive to the mental messages and moods of the card owner. In fact, thanks to him, the cards are a mind machine that can be controlled mentally and within a fairly wide range to change the parameters of the event probability filter.

4. Marking of cards. Acceptable resonator combinations (see the full document at the end of the post)

4.1. The identification mark is applied by a laser and can consist of 1 letter or several letters and numbers.

4.2. The designation may contain only the letters, their combinations and combinations of letters and numbers. Some cards, which are made exclusively to order, may also have the letter "Ф" in the identification tags.

4.4. By default, the basic (simplest) cards with identification marks "З", "Д", "У" contain 1 resonator of the corresponding type, consisting of 2 halves, which are configured to work with several external excitation signals, the phases of which are not match.

4.5. If the card contains a double or triple number of resonators of a certain type, then the number 2 or 3 is added in front of the letter, which reflects their number.
Accordingly, the identification mark may contain the following combinations of numbers and letters for cards with reinforced “filling” options: “2S”, “2M”, “2U”, “3S”, “3M”, “3U”.

4.6. Attention! The Russian markings "3Д" and "3У" (with numbers) can be easily confused with the markings "зД" and "зУ": here "з" is a letter, not a number. Therefore, by default, such variants of maps are marked not with a large letter "З", but with a small one and the marking looks like this: "зД" and "зУ". Be sure to take this into account when buying a card or order cards marked in English letters (their symbols are listed below).

4.7. It is possible and permissible to produce the following types of cards.

* - can be performed in a variant for working with excitation signals whose phases coincide (in-phase). Phase matching can be performed separately for each type of resonator included in the card.

5.1. All QBinder cards are highly recommended to be used discreetly.

5.2. Disclosure of the fact of using cards to strangers, envious people, ill-wishers and the idly curious can reduce the force of the cards or even nullify for some time the results of work previously obtained with their use.

5.3. QBinder cards, which contain resonators of the "U" type, have a harmonizing effect on the subtle bodies of a person, in particular, they eliminate the imbalance and inconsistency of energy levels in the chakras and meridians of a person.

5.4. QBinder cards with “U” type resonators can have analgesic and anti-inflammatory effects in case of bruises, sprains, and improve wound healing. In such cases, the QBinder card must be applied directly to the corresponding chakras responsible for the zones of painful sensations or directly to the zones of painful sensations. Estimated exposure time: 15-20 minutes.

5.5. To eliminate blockages in the energy-informational channels and chakras of a person, it is recommended to wear QBinder cards containing "U" type resonators for at least 6 hours a day, and in case of intense mental work or contacts with psychologically hostile people - constantly.

5.6. QBinder cards containing M-type resonators should be used especially covertly (see p. 5.1.), do not advertise their use and the results obtained with their help. An impersonal message of the general results of using the cards on the forum is allowed, without specifics, amounts, sequences of actions that led to the results, etc.

5.8. If it is planned to conclude any contracts or agreements that can bring the user significant funds or material benefits, then it is necessary to keep the cards near the computer on which these documents are drawn up, edited and printed, and in the future - next to the same documents in printed form. These actions are fair and make sense if the cardholder is the owner or co-founder of the company, but not an employee.

5.9. Cards with "D" resonators are not intended to help other people make profit or material wealth (employers, friends, and acquaintances). An exception is members of the same family living in the same room (house, apartment) with the owner (owner) of the card.

5.10. Cards with type "D" resonators should only be used by their owner. It is necessary to exclude the possibility of observing his actions with the map of other family members and any questions and comments on their part about these actions, if they become known to them by chance.

5.11. QBinder cards, which have "S" type resonators, are designed to protect only their owner and close people (relatives, family members) who are near him.

5.12. Changing the probability in favor of the protection and survival of the owner of the card with type "S" resonators is a priority in relation to the probability of protecting the people who are near him.

5.13. In a critical situation for health and life, the owner of a card with type "S" resonators can change the priority of the probability of protection in favor of any person or several people who are nearby, but only to the detriment of the likelihood of maximum protection for himself. This is done in any form: mentally, by voice, by gesture, etc.

5.14. Water, aqueous solutions and food processed with the cards, when consumed, affect the probabilities of events for which the corresponding cards are intended to influence. The time and method of processing are selected by card users individually, empirically.

6. Use of cards in conjunction with other products

6.1. QBinder series cards can be used together in any combination and in any quantity.

6.4. The duration of the joint use of cards of the QBinder and QStepper series is unlimited.