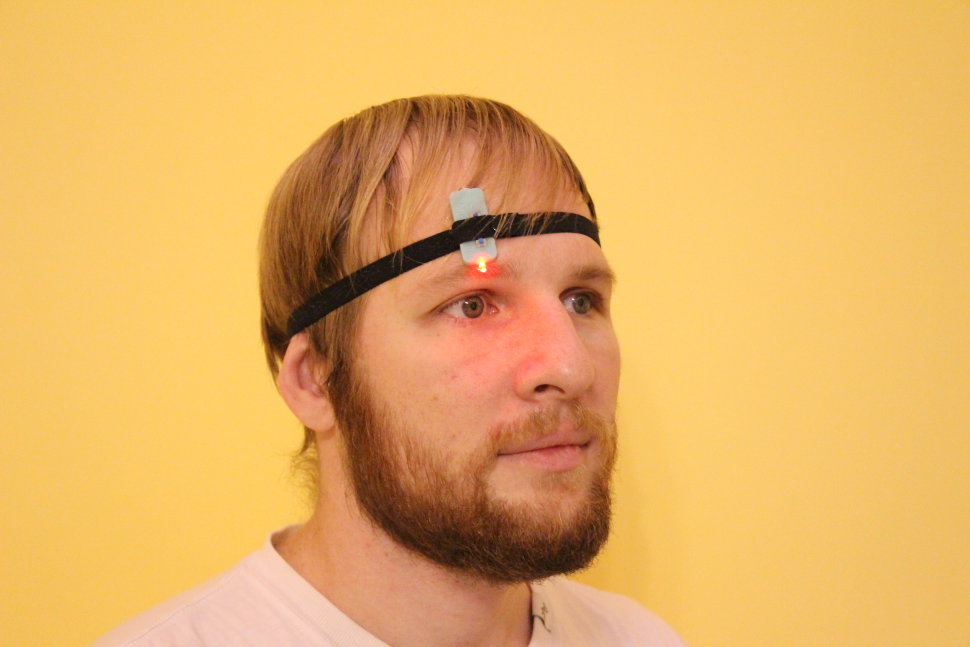 Appointment of the device and scope of application:

The compact, easy-to-use but multi-functional MindTrainer has three main areas of use:

1. Training of the mindfulness:

Mindfulness can be defined as a state of self-mindfulness, thanks to which we can act much more meaningfully, do something conscious out of habit, following the emotional reactions.

From the point of view of psychology, awareness is a state in which a person monitors his current experiences, focusing on the present moment, without being distracted by thoughts about the past or future. It represents the ability of consciousness to introspection (internal observation) of its activity. This means that individual experiences are perceived by the person as they are. In most cases, awareness is directed to internal states, for example, to intuition or sensory perception of events occurring in the external world.

Many of you have no idea that your behavior is largely controlled by the reflex reactions of the psyche, based on previously formed beliefs, concepts, views on yourself, people and the world around you.

These mental constructions form a prism through which, as though through a curved mirror, we look at the world in the future, we see not reality as it is, but a projection of this reality distorted by our perception.

The ability to become aware of oneself appears in a person as a result of the ability to separate: self-observer from self-observed, self-separate from the environment. You always act in the usual stereotypical way and then wonder why nothing changes in your life.

Due to the transition to a state of conscious observation, we develop our internal “caretaker”, we have the opportunity to notice something and make another (new) choice, not based on the usual reaction. This is true freedom when a person is the master of his thoughts, emotions and actions. When thoughts, emotions and conditions do not rule them.

The accelerometer (acceleration sensor) of the device responds to acceleration, therefore it is triggered when body movements become choppy, mechanistic, reflex, not conscious. The flashing red light reminds you to realize yourself and take the position of the observer.

By self-programming, we mean integration into the subconscious mind of the settings needed to model the desired picture of the world, thinking, and actions.

The established patterns of thinking and actions can be called programs that are formed using repeated thoughts / actions, are acquired by the subconscious and participate in the regulation of the entire psycho-emotional sphere, including health.
We can say that our whole life is the result of the work of attitudes that seem correct or convenient to us, or rather, those behaviors for which the subconscious is programmed seem correct to us.

The deliberate introduction of positive and self-developing attitudes into one’s life can be called “positive self-programming,” unlike many attitudes forcibly introduced from outside, for example, advertising, suggestions from other people, etc.

It has long been known that our brain is responsible for all models of our behavior, as well as for the regulation of psycho-physiological processes, including health.
The patterns of our actions can be called programs that are formed with the participation of repeating thoughts and actions that are acquired by the subconscious, after which our actions and thoughts become template, complementing the existing template picture of the world.

Each time the device is triggered and you enter a state of awareness, speak out the affirmation, mentally associating a series of blinks with the installation.

It is known that during sleep, the human consciousness is not active, but the subconscious is active. It is especially active and open in the REM phase. This is the most effective time to introduce positive or developing attitudes into the subconscious. DreamStalker effectively determines the beginning of the REM phase by eye movement and triggers an audio mode in which the text of a positive attitude or an individual affirmation is pronounced. After that, red LEDs begin to flash before the eyes with a certain frequency.

After a series of flashes, the affirmation or positive attitude is repeated again. Thus, the conscious logic of the text of a positive attitude is subconsciously associated with the blinking of LEDs in front of the eyes.
The REM sleep phase can occur several times in one night, and therefore the subconscious mind effectively assimilates the deep essence of affirmation or attitude.
Therefore, the very next day, using the feedback provided by “MindTrainer”, you can feel that the subconscious mind “actively remembers” the new model in the dream at the moment when the feedback LED in front of the eyes starts to flash, but in an awake state.

There are many methods of programming yourself in a dream, including the study of foreign languages. It is believed that the subconscious mind should remember the material, but in reality it can be very difficult to remember. Just like it is sometimes difficult to remember your dream.
To do this, use the “MindTrainer”, which provides active feedback with those self-modeling processes that occur in a dream using the DreamStalker.

Thus, DreamStalker, used in conjunction with the “MindTrainer”, becomes a universal device for self-programming in a dream.

Affirmations, positive or developing attitudes can be different and depend on personal needs at the moment. But it’s good when personal affirmations are compiled by professional psychologists or other specialists.

It should also be noted that using the “MindTrainer” as feedback with your subconscious mind should only be done when time and intention are specially allocated for this, so that the subconscious mind understands that our consciousness takes it seriously and does not refuse to cooperate in the future.

The feedback technique is as follows:

By manipulating the Dream Stalker, the affirmations that are currently needed are recorded on the memory card and DreamStalker is set to the appropriate mode so that the blinking frequency of the LEDs matches the blinking frequency of “MindTrainer” as much as possible.
It is recommended to record affirmations in your own voice for maximum efficiency of information acceptance by the subconscious.

In the self-programming mode, it is better not to rush to use feedback, but how to relate the laid positive setting in a dream with the blinking of the diodes. This can take several nights, usually two to five.
And then, when the feedback works qualitatively, you will be pleasantly surprised by the physical sensations of inspiration and fullness of energy, which is the criterion for the activity of the subconscious at the moment.