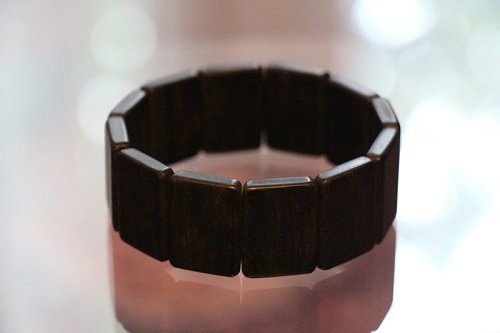 - super version using laser engraving. 8 stages of production with the use of special methods of processing materials. Additional activation procedure.

Bracelet of life 3.0 S++
- more massive version, which in addition to the multilayer laser processing caused by the composition containing rare meteor brotowasisto - chondrite C1 category with a unique power characteristics.
Selling 3.0 S++ ONLY after the interview with the producer!

Warning!Bracelets version 3.0 has a number of strong manifested and not manifested effects. They are not a direct extension of the model range БЖ1.0-2.x, but they are recommended to use it after some time (month or more) constant use of earlier versions. This is due to the fact that the use of BZ 1.0-2.x prepares man for such a powerful product.

Some people may not feel immediately work 3.0, it does not mean that it is not going at all. This means that the sensitivity to such processes and their dynamics are different. During the existence of this version of BJ, have accumulated enough feedback and statistics on their work from a variety of people, confirming that there are no cases when the bracelet didn't work, there are only cases where it is expressed differently due to the different initial data in humans using BJ.

Should not apply to recommendations and warnings given here and further lightly, even if your first impression "I feel nothing". First and foremost, it is recommended to read a certain amount of information on the forum related to the effects of this version of the bracelet.

Version 3.0 contains a number of functionally identical poderi different "hardness" of the work and potential, which means the speed of adaptation of the user (let's call it the "operator") to a new product.

More hard are free version. Oddly enough they are sometimes stronger notable works 3.0 due to some "rude" caused effects, in other words, due to the fact that these effects are caused more the hard way (more simple technology of the holographic connection of the bracelet with the reference settings of the underlying).

It is quite natural that the possibility of easy homemade selected such versions of the "record" object, which can not ensure a perfect quality of work 3.0 and give some coarsening effects. Industrial versions use a complicated and not reproducible in home recording technology.

Today is the next version of BJ 3.0
3.0 L - Lite - the Lite version is made very simple, the most rigorous impact. This method is a also used for communication 3.0 properties of different objects (water, cream, more).
3.0 N - the basic free version, let's call it normal.
Information on these two versions and the technology of their manufacture is contained on the forum openmagic.org

Commercial versions have the following differences:

3.0 S - basic commercial version, produced using special recording technology of the BZ, is much more efficient and affordable effects than the L and N versions.

3.0 S+ is the extension's version obtained multi-layered laser engraved on each link. Significantly increases the effectiveness and their effects.

3.0 S++ is the analog of the S+ version, but applied to large units, double sized, in addition to laser engraving uses a unique source of reference signal for version 3.0 (comparable to a musical tuning fork), in each link included particles of rare meteorite (carbonaceous chondrite class C1), not subjected to heat treatment in the fall (presumably these meteorites are formed as the fragments of nuclei larger meteorites, not podvergaetsya the heat in the fall).

Version S++ is very powerful and requires caution to use, all suitable for primary application.

Selling 3.0 S++ ONLY after the interview with the producer!

The main differences from 1.0-2.x bracelets.

БЖ1.0-2.x are devices that help people will constraits with nature, the biosphere to planetary assistance from resonance with the living world. These versions of the BZ train the subconscious to work with specific, historically known positive behavior and creativity (modules BZ).

БЖ3.0 carries the aspect of creativity from the perspective of the Creator, it is a reference as to introduce new to the world, allowing you to make significant changes in oneself and the surrounding world.

БЖ3.0 is much harder to "master", but some effects occur regardless of how 3.0 is used. Overall, 3.0 should be considered as a mate to BJ 1.0 and 2.x, but utterly different from them, as, for example, are similar but also different men and women.

3.0 configures consciousness and the cocoon of man in a certain way, extremely useful for a number of processes. For the consciousness of this mode means not a biased work, for most of us in its pure form this condition is not met. However, the implications of using version 3.0 not only and not so much in the creative manifestations. This BZ allows a person to awaken his nature and become a man, as an independent developing unit. Many of the consequences of using 3.0 are both long and strong enough to change the whole person.

The use and possible effects

3.0 carries several components:
- state similar to the effects of the module "standard" BJ 1.0-2.x, only much enhanced. Helps to run internal regeneration processes in the cocoon of man.
- the actual condition 3.0 - changed the operation mode of consciousness, with the predominant activity of the right hemisphere that is suitable for creativity and impact on the surrounding reality with creative positions
is the amplifier energy in the range of 3.0 that increase the capacity of the operator to action.

Using 3.0 notice such consequences of the application such as:

- The decline of appetite without weight loss (normalization of metabolic processes, turning off of the habit of eating just for the sake of habits, rooted in the consciousness of social stereotypes).
- High selectivity in the diet as such, the growing preference for environmentally friendly products and healthy food.
Increased activity of the right hemisphere. In the famous test of "ballerina" that uses 3.0 see either the ability to easily switch the activity of the hemispheres, or the constant and predominant activity of the right hemisphere. — Facilitated effects on the situation, but much stronger is a problem of "how to let go", without this operator "falls out"of state 3.0 inside a situation and required to work as 3.0 - view from outside, looking from the outside.
- Aktiviziruyutsya various life processes and situations that require development or solution.

Side effects can occur in the first days or weeks of use 3.0:

In the early days, and immediately after the first try ANY version 3.0 special possible side effects. Might be a slight dizziness, loss of coordination, nausea, headaches and other effects. They are very many. For this reason, it is strongly recommended the first few weeks of use 3.0 dosed and better home.

Avoid driving machine with a 3.0 on the arm, either immediately after the removal thereof, at least 1-2 weeks after starting use.

Unlike BJ the first versions, 3.0 is much more intense configures the body and perception to regeneration to normal. Our daily life from this norm is very far. For some people it may be perceived as lack of energy, sleepiness, not wanting to do the usual things, even mild depression.

All this passes through a small time interval. It is not recommended to combine the use of 3.0 with great physical exertion, as the body mobilizes internal resource for recovery and for physical activity, the first time, may not be enough.
Read more about the various options effects when you start using 3.0, you can read on the forum.

The reasons that may encourage You to use 3.0
Usually users of 3.0 are those who are looking for how to make new steps in the development of themselves and their possibilities. In other words, this isn't just some "stick-itself-to guy", but tools for conscious work with you.

However, it can also be important aspect 3.0 is associated with the qualities of a "standard" activation of regenerative processes in the cocoon. The problem is that some users 3.0 does not want to listen to your body's language.

A simple example — the body says "Smoking is no longer" as people continue to smoke despite the strong signals of the body caused by the use of 3.0, which activates the regeneration. It certainly won't affect 3.0, but this situation is not healthy. If You want to leave yourself in the state it is now - it is not necessary to use 3.0 technology, either in paid or in free form.

Should I continue to use 2.x and related products?
Yes. Completely. It makes sense including the fact that the immediate development of 3.0 is impossible. Together these versions strengthen effects each other.

What if I cannot afford 3.0 paid version?
Start using free. This will not only get an idea about 3.0 technology, but will allow you to get the most results, albeit slower. Free version full, they're just easier and less effective.

Whether to use 3.0 paid version, if they are so expensive (and by the way why are they such a way???), if there are any available free?
Unfortunately, the production paid 3.0 S, S+ and S++ is a resource - intensive process that takes equipment and personnel for significant time. At the moment there is no possibility to make the BJ more available, but we could potentially provide a large mass wanting free 3.0 versions (Lite and normal versions). The meaning of the commercial versions are similar in comparison with riding on a scooter or on a modern car.

Yes, the free version gives also the necessary settings, energy, States of consciousness and much more. But paid make it much more effective. In any case, we recommend to start with free versions.

Features of cellular clouds in the 3.0 system
BJ 3.0, based on the us: most of our items "cell technologies" is implemented by another structure of the cell cloud around the cocoon of the operator. It is different from KO 2.0-2.x and function in harmony with the qualities of broadcast 3.0, this can enhance both the operator and the work 2.0-2.x, through the implementation of the accumulated potential of the cloud. One of the possible effective applications - work with different probabilistic branches.
If this information is nor what You are saying, but can't ignore her.

The modules in the system 3.0
The bracelets 3.0, unlike БЖ1.0-2.x there are NO modules. The modules inherent in the younger versions of 3.0 are not called and it's just not logical, as pure as 3.0 includes a unique algorithm of work with any task - "reality as plasticine, I can change it and may change himself." However, the presence of 3.0 ENHANCES the performance of the modules 1.0-2.x.

Training and self-development using 3.0 technology
BJ 3.0 is the most powerful of the known means of activation of the subconscious and various abilities associated with it. Personal development and the development of your ability to influence the world, can get with the 3.0 huge potential, which can be implemented gradually. This potential is not for a single day and possibly (even most likely) more than one year.

Conclusion
BJ 3.0, self - sufficient and the most promising product for personal use, disclosure of all features that might take You years.

3.0 changes the cocoon, consciousness and our capabilities, has a significant impact on all our lives, but we must realize that without our conscious assistance, no system settings will not help us to change. The operator must be sensitive to yourself, to your body's signals and consciousness.

Reviews about the effects of version 3.0