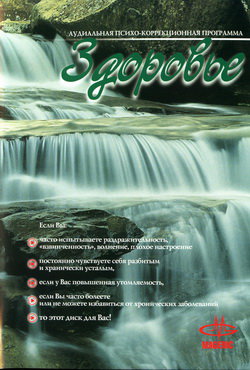 Despite the revolutionary development of medicine and the geometrical progress of names of new drugs, medical statistics itself from year to year, reports of increasing numbers of diseases and disorders, both mental and somatic (bodily).

Apparently, the reason lies in the very nature of man, in his way of life, in the tendencies of humanity to constant development, improvement of life and production, to scientific and technical progress, the flip side of which is the increased load on the psyche, information overload, the need to simultaneously solve multiple tasks, chronic lack of time to rest.

All this is described in one short word: "stress." The above facts do not mean that stress only affects people. Any animal, as we do under stress, but being in their natural habitats, it is subjected to stress occasionally, for short periods, a situation causing stress, usually don't last more than a few minutes (it's either fleeing from persecution or fight with a rival for mates or defending territory).

People stress can last hours, days, years and even a lifetime. Moreover, some situations can be added to another and another, and the person is already in a set of intractable problems. And although, in fact, they may resemble the problems of our younger brothers (only instead of fleeing from persecution, conflicts with colleagues or bosses, instead of fighting with a rival over a female - insoluble family problems, instead of defending the territory - the notorious "housing problem"), on the consequences that they have on the body, their devastating effects are not comparable. And all because nature has not endowed us with the ability to resist long term stress situations. In our biological evolution was not just the need. It is the best in chronic stress makes our body so vulnerable.

Animals usually do not get sick more than 2-3 days – they either recover or die. And only we, people can get sick for months and years, precisely because it disrupted the work of the primary regulator of our body – the brain. The human psyche is very resilient and adaptable, but it has its limits. When this limit is overcome, comes the breakdown of adaptation (adaptability). All this leads to that people start to hurt more and longer. Falls the body's resistance, wear protective reserves.

In the auditory psychological "HEALTH" in the unconscious (inaudible consciousness) form built specially designed suggestive (instilled) install and emotionally meaningful sounds that penetrate the deeper structure of the psyche (in the subconscious), normalizing the psycho-physiological state, and, as a consequence, and the work of the organs and systems.

In addition, the program "HEALTH" mounted physiological acoustic signals (including the wave vibrations of the sound range recorded from different organs of a healthy person) that during the sessions of correction "adjust" under normal physiological rhythm of the organs and systems. Due to the effects of agriculture-the "HEALTH" increases the body's resistance, its adaptability, resistance to stress loads, strengthens the protective functions and reduces the risk of disease.