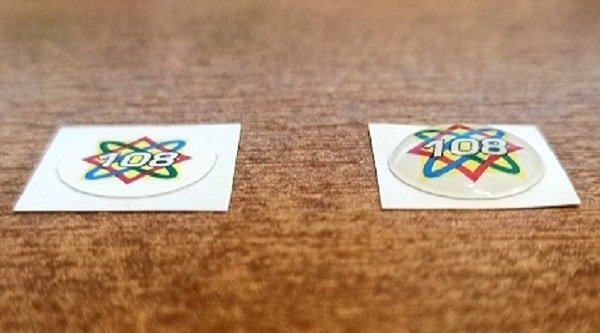 The system adapter to improve the safe use of mobilephones, computers, televisions, microwave ovens, and other appliances.

Modern electrical devices such as mobile phones, computers, televisions, microwave ovens and other devices created without taking into account the quantum of coordination. Very often their structures are in conflict with the quantum structure of a person and violate his interaction with the World.

Usingpersonalthe system adapter "LAD"appliances gainsunique quality– the ability to restore the quantum structure of a person. At the same time:

The operation of the system adapter "Lad".
Most people believe thatelectromagnetic fields have harmful effectsper person. And if you reduce the radiation level below a certain acceptable value, then the harm will not. Modern electrical devices (phones, computers, microwave ovens) have a low level of radiation and, according to producers, are quite safe.

At the same time, numerous publications on the studies of influence on people these devices suggest otherwise.

What's the matter? Who is right?
Research studies have shown that people react to very weak and super-weak fields. They have an extremely sensitive information system. It turned out that the level of radiation almost does not influence the organism (at a constant frequency and amplitude signal). The body responds to changes (modulation) of the signal. In other words, information structure is affected by radiation. If it is not coordinated with the structure of the radiation of the organism, its information system begins to "deal" with the incoming information – to process it in order to develop a reaction.

Maybe it's a sign of danger and need to escape or hide, and can raise blood pressure or lower the temperature of the body. That is, startsthe imbalance parameters of the body.

The organism spends energy and its resources for adaptation to new outer parameters. As the information resource of the organism is limited, the lack of it starts to adapt to the real environment. Thus, people have reduced adaptive capacity, they more mistaken, reduces the quality of decisions, sit down body systems (immune, endocrine, nervous, etc.).

In the system adapter "LAD" no power supplies or any fields.

In this thin films formed special structure, which provides the coordination structures and the structure of electrical device (phone, computer, TV, etc.).

The organism stops wasting its resources (both energy and information) to the processing of excess is not necessary for the life of the information. The liberated resource is used by a person for restoration of their information system.

This is clearly seen when measuring the luminescence of the man on the gas discharge visualization device. To use the device in people are visible defects in the structure of the glow.

In the pictures You see kirlianograms of the human aura before and after using adapter LAD:

Seen a significant improvement of the aura (area of lighting has increased in two times). This glow around the body characterizes the quality of our interaction with the environment, as it reflects the quantum structure of a person. The brighter and more uniform illumination, the better the interaction.

Discussion series 108 on the forum

Forum discussion ---> Svetlitsa LAD 108. Reducing the effect of the electromagnetic field of devices
With this product buy
0