History of the creation of orgone generators

Karl Hans Welz was born in Tirol, a small town in Austria, near Innsbruck.

At a very early age, he showed a penchant for science in general and for the study of stars in particular. As a result, he eagerly read any books on astronomy, astrophysics, mathematics, and physics that he could get. At the age of 16, Waelz became interested in hypnosis. He began to study this discipline, later he began to improve the technique of autogenic training and gradually, by the age of 19, he became seriously interested in studying Hatha Yoga.

This practice for several weeks strengthened his then weak body, and generally significantly improved his health. It is only natural that such remarkable results gave Karl an impetus to the study of other sciences that were not included in the academic curriculum.

Training and practice in astrology, practical magic, rune magic, as well as the practice of technologies for obtaining vital energy took one year. He studied the works of Mesmer, Korschelt, von Reichenbach, Tesla, Lankovsky and others.

At the age of 19, Weltz began to study mathematics and physics at the university. Several times he interrupted his studies for the sake of traveling, as a result of which he received valuable information on practical magic and the use of life energy in the cultural traditions of many peoples, and also talked with many talented teachers and specialists in this field.

During his stay in South America, West Berlin, Switzerland and, since 1974, in the United States of America, he continued his studies in this field, which ultimately ended with general semantics, radio electronics, Reich psychoanalysis and orgone physics.

Soon after his arrival in the United States, Weltz built the first orgone batteries and conducted many experiments with these devices, mainly on plants.

It became obvious that what Reich called the orgone is the same form of energy that Waelz studied ten years before he learned about Reich. In fact, the device that he built several years earlier according to the Korschelt project was an orgone battery.

Korschelt named his device the Solar Ether Radiation Apparatus, and its design dates back to 1897.

Mesmer barrels, filled with metal filings, also reproduced and tested by Waelz, were obviously the simplest orgone batteries we are aware of. They were also conceived by scientists to accumulate vital energy. Thus, we can safely say that Ganz Anton Mesmer was the first scientist known to us who invented the battery of life energy a century and a half before Reich did it.

Very soon, Weltz realized that an orgone can be projected at any distance, and that the projection follows structural bonds. This fact was obvious to people of all ages and cultures who tried to purposefully use life energy, such as shamans, sorcerers, spiritualists, wizards and healers. For a transfer of this type, the scientist has developed a mathematical model corresponding to such phenomena. This model also rationally describes the amazing phenomena of extrasensory perception, magic, radio electronics, even astrology.

The story happened ...
In 1991, Karl Weltz did something that no one before had succeeded: he developed the world's first device that really generates orgone energy, he invented the orgone generator.

This new device has become an event, much more significant than just the accumulation of orgone energy, which, in fact, takes place inside the orgone battery. Soon, the scientist realized that pulsing orgone energy (which is generated by an orgone generator - or a rotating planet) transforms a dead orgone (DOR) back into orgone energy.

Above is the first device in human history that generated vital energy, or bioenergy, qi, orgone energy, od, prana, ... each culture or national language has its own name for this energy. The device was created in 1991 by Karl Hans Wielz.

The problem of "poor performance of orgone batteries", complicated by a dead orgone (DOR), was successfully neutralized by a technological invention - an orgone generator device, for the first time in the official history of mankind.

The scientist achieved even more amazing capabilities of the orgone generator when he invented the DOR generator. It is proved that an orgone generator is an effective way to counteract the negative effects of devices that produce a dead orgone (DOR) during operation, such as radioactive smoke detectors, fluorescent tubes, television screens and other electromagnetic debris.

The first orgone generator on the market 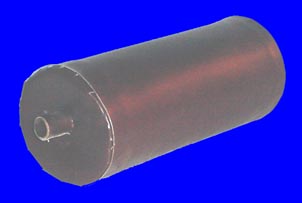 The first orgone generator on the market was EPG 2000, the end of 1992, and it consisted initially of successive layers of thin pressed steel shavings and pressed glass fiber reinforced glass fibers with a mass of 14 inches, 5 inches in diameter. It soon became clear that the orgone generator significantly contributed to many practices involving the use of energy (or orgone), such as the development and practice of extrasensory perception, magic, self-improvement, and the choice of path using astrological energies.

Comprehensive testing confirmed that an orgone pulsating at low frequencies (alpha, theta, delta, etc.) is much more effective for generating the corresponding brain waves than any of the methods that are outdated to date using sound, light or electrical impulses.

... in 1992, when Mr. Weltz invented a new material, accumulating orgone, which the author gave the name orgonite.

Orgonite is much more effective than traditional materials, such as layers of thin pressed steel shavings and pressed glass-reinforced mass or celotex (materials with a fine fiber structure), and it also allows the production of orgone batteries and generators of small sizes.

This new material, orgonite, allows the production of very small qi-generators such as the Chi generator® of the JU series. The first orgone generator EPG 2000 with orgonite appeared on the market in early 1993. Thousands of these devices around the world have been bought up by people who have decided to reach the limits in their aspirations.

The creation of orgonite led to further development: to the development of powerful amplifiers and transfer discs. 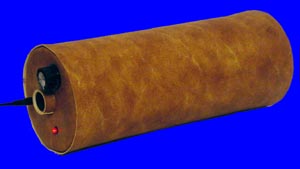 EPG 2000, 1993, already with a layer of orgonite covering the coils inside the device.

More about the “historical” devices 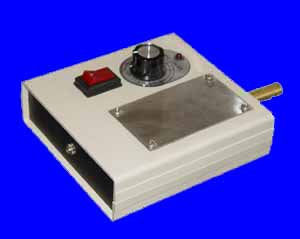 The RAD 3000 HD is one of the first electronic devices (1995) with nine dials, 100 positions each, and three dials to set the ripple frequency of the built-in orgone generator.

In 2002, Karl Hans Welz invented the water optimizer. This device not only returns water to its original state, removing harmful information from it and reviving it again, it also replenishes water with vital energy. This revolutionary device has opened up a new dimension for us with hitherto unknown possibilities of stimulating water.

Currently, Carl Hans Welz is working on a number of projects that will become the same historical events as the qi generator, orgonite, and the scientist's theory of hyperspace technologies.