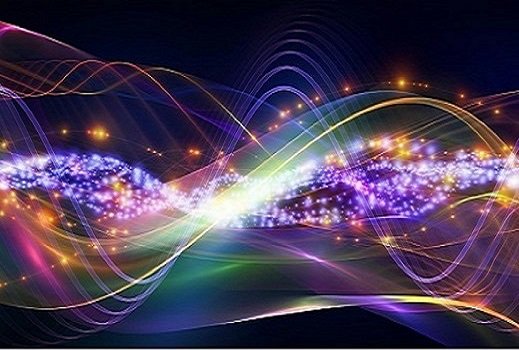 How to connect a nooсanal:

If you are already registered in myinfospace.ru, then log in using your account. If you have not registered yet, do so. Choose a username and password in English letters, confirm the registration from your e-mail.

Click "Noocanals". Select the desired and press the "Buy" button.

Confirm your purchase, go to your shopping cart and pay for your order online. After payment, the order will be turned on automatically and the procedure for obtaining a vibration signature will become available to you, if you have not received it before.

In the myinfospace.ru personal account, the control of NOOCANALS is available.

More about the healer and curandero Medardo Dahua https://mindmachine.ru/forum/viewtopic.php?f=69&t=7209

I. "Schumann Frequency".
The Schumann frequency (or resonance) is constant electromagnetic waves with low and extremely low frequencies between the earth's surface and the ionosphere. Simply put, these are the natural electromagnetic frequencies of the planet Earth. One of them, the main one, corresponds to an average of 7.83 Hz (higher at the moment). This is the fundamental frequency of the earth's vibrations - a kind of heartbeat. The main resonance frequency of Schumann corresponds to the frequency of the alpha rhythm of the human brain.
Noocanal Medardo Dava "Schumann Frequency" tunes a person to resonance with the fundamental Schumann frequency, which has many effects:
- a state of harmony, a connection between the conscious and the unconscious
- self-healing, activation of recovery processes, healing abilities
- being in the stream, being lucky
- improving attention, memory, cognitive abilities, handling large amounts of information
- insights, creativity, new ideas
- the discovery of vision, clairvoyance, telekinesis and other superpowers
- much more

II. "Thunderstorms"
Thunderstorms are more than just "atmospheric phenomena." One of the knowledge of pre-Inca civilizations, transmitted by Medardo Dawa at the initiation, that man is arranged in the same way as our planet, only on a smaller scale.
Thunderstorms, or rather, lightning caused by them between clouds and the earth's surface, are a natural source of excitation of the Schumann resonance (see "Schumann Frequency"). Each lightning strike for the ionosphere is the same as striking a bell. Lightning strikes lead to the formation of isotopes, unstable atoms, which, entering the human body during breathing, disintegrate and give an impulse to the discharge of electrical energy. Simply put, it is lightning (or rather, the source of their appearance) that is the impulse that makes our planet live and sound, and man, as a part of it, as well.
Lightnings are a manifestation of another dimension - 5-dimensional space, the main source of the production of electromagnetism, and the light that we see when lightning appears is a kind of "bridge" to higher space. Lightning is a kind of "brain activity" of our planet, similar to the passage of an electrical discharge between neurons during brain activity. According to the observations of scientists, lightning does not behave chaotically, but naturally, their behavior to some extent resembles the behavior of living beings. The physics of thunderstorm activity and neural activity are similar. It is the internal micro-lightning in the gray matter that is recorded on the encephalogram. It is through this electrical activity ("pure energy") that we live and receive the primary electrical activity for the first breath and the first contraction of the heart. Therefore, there are 4 types of lightning, which correspond to 4 rhythms of the human brain (Alpha, Betta, Gamma, Delta).
Noocanal Medardo Dava "Thunderstorms" allows a person to tune in to thunderstorms, and through this setting to connect to the source of thunderstorm activity, which can give a variety of effects, including:
- energy for superconscious efforts
- access to unified consciousness
- access to the realm of ideas
- improving operating skills, managing yourself, your life and processes
- increased activity, clarity of thinking and perception
- increasing energy potential and connecting to a source of "clean energy"
- improving attention, memory, cognitive abilities, handling large amounts of information
- much more

III. "Neural network of the planet" ("vegetative Internet").
Modern man is accustomed to perceiving the plant world in a narrow consumer perception, as a place where you can spend time, take a walk or relax, or collect and use it with some useful properties. However, such consumer perception describes no more than 20% of the real functional of the plant world in relation to humans.
The plant world, and especially forests, as plant areas, have important energy-informational properties for our world, and man, as a part of it. Although plants do not have an organ similar in structure to the brain, together they constitute a complex and not fully understood network ("vegetative Internet"), similar in structure and function to the human nervous system.

One plant does not possess a high degree of intelligence and is not capable of performing complex calculations, but the entire plant network is complex, intelligent and capable of performing complex operations, similar to the work of the human brain. Plants are the "neurons" of our planet. It is no coincidence that the neurons of the human body are similar to the root system of plants, not only in appearance. It turns out they grow using similar mechanisms. Researchers at the Howard Hughes Medical Institute and the National Institute of Neurological Disorders and Stroke have shown similarities between the axons of neurons and the root hairs of the Arabidopsis plant.

Signal transmission in the "vegetative Internet" is complex and not fully understood, and is carried out through several channels, the main one being the apex of the root system.
The apex of the root is not only highly sensitive, it is an area of electrical activity based on an action potential, the signal of which is similar to that of a neuron. Biologists from the Swedish University of Agricultural Sciences, led by Velemir Ninkovic, published a paper in the journal PLoS One, in which they write that plants can communicate with each other using the root system. All plants, and especially trees, the number of root tops of which reaches hundreds of millions (!), Are in continuous complex interaction with each other. These are jointly operating parts of a single global network ("vegetative Internet").

Darwin linked the ability of plants to make decisions and move with roots. In addition to the interaction of plants with each other, the root system, like the human nervous system, is responsible for the perception of many signals from the surrounding world (electric field strength, gravity, pressure, sound waves, moisture, chemical composition and much more), performs complex calculations on the interaction and analysis of space that people have used since ancient times with the help of dowsing.

Medardo Dava lives in the jungle - the largest forest ("neural") massif on our planet. The knowledge of pre-Incan civilizations, transmitted to him through initiation by one of the secret communities, allows him to connect to the "neural network of the forest", which is not a technical, but a biological part of the GEIP. Through the "vegetative Internet" it is possible to interact directly with the GEIP, broadcasting one's intentions / thoughts / desires, receiving information and much more. A modern man, who interacts little with the forest at the information level, is practically deprived of this opportunity. And the point here is not so much in the possibility of being in the forest, but in the frequencies at which the human brain works. Not every person living in the forest is able to interact with the planet's neural network at frequencies. Nookanal Medardo Dava allows you to connect to the "vegetative Internet".